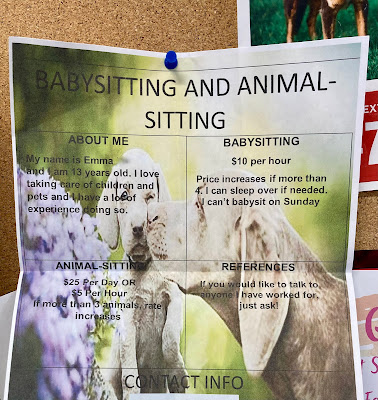 In some of the local stores in our little rural town have community bulletin boards. I'm pretty sure the larger community where we used to live had them, too, but to be honest, I paid them little attention.

Here, the boards seem to prove a more vital role in the community.

Even though notices come and go, I'm pretty sure at any given time there will be at least two flyers for dogs, both puppies for sale and the missing/found dogs and cats. Then there's the landscaping flyers, music lesson flyers, and every once in a while, you'll see something like I saw the other day.

When I see something like that, it reminds me we live in farmland.

Got to give it to Emma--even though she's only 13-years old, she's got gumption, and I wish her nothing but success. We are not Emma's target audience. We don't need babysitting and we do have a dog and a cat, but we're always home so we don't need animal sitting.

Yes, we always check the bulletin board as we either enter or leave the stores...or both. Glad to see the boards are working as intended in our little town. 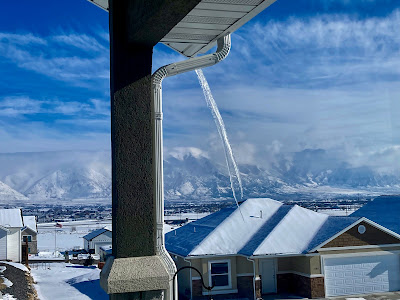 It's one of the first things we noticed after relocating...the wind. I'm not anti-wind. In fact, I'd love a way to harness it and somehow have it power things in my home.

Let me put it this way. A neighbor a few homes down put in a windmill--not one of those cosmetic ones we had, but one designed to capture the power of the wind. The wind was so strong, it blew the blade off the pole and it slammed into their home. Since then, it was not put back up.

A few weeks ago I was at my mother-in-law's house (her's is also a few homes away from ours...) and she proudly showed off her dangling icicle. I snapped a photo and shared it to the world. As you can tell, icicles don't lean like this one does. Gravity guarantees the water will take the path of least resistance and fall straight down, unless an action is forced upon it. That force is wind.

When our little town was the coldest dwelling in the state last week, it was the wind that caused it to be so cold. Lately, however, the wind has taken a break...thankfully.

This is our third winter here. We know the wind will return--it's the one constant for all four seasons...

Except, there's no outside icicles in summer. 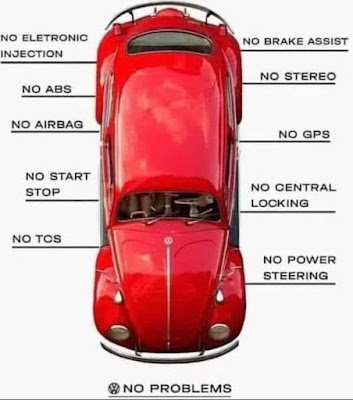 If you've ever owned an original VW beetle, you know the headline of this post isn't exactly true. I've owned half a dozen bugs in my lifetime and to say they're "problem-free" would be a misstatement...

My first car did not lack for problems. It rarely went over 50 m.p.h. and it broke down more going to and from Utah State University my first quarter of school than making the trip problem-free.

The reason this photo caught my attention was because of a conversation I had last month with my car mechanic friend. We were discussing new cars and all the things that can go wrong with them. I told him about my friend who ordered a new Toyota from the factory and he ordered it with manually-operated windows. Yes, the hand roll up/roll down ones. He said he did it because it was one (actually, four...) less thing to break.

Look at that VW photo (curtesy of VWSlut on Instagram...). Yes, it lacks all those things, and all the VW beetles I owned lacked them too. None of those missing things broke down...

Give Thanks...For Working From Home 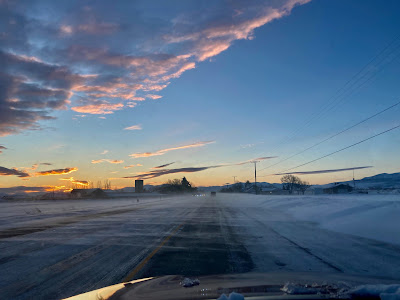 The storm moved in this morning and died out in the afternoon. It left an inch or so of snow which was easily dispatched. Now, the sun has set and I'm sitting on the couch in our family room, our dog sleeping beside me.

Sundays are wonderful, but inevitably, my thoughts drift to tomorrow morning...Monday, and all that it entails.

Just over two years before the world went insane, I was fortunate enough to be chosen as a telecommuter. We set up an office space in our unfinished basement and thus began a new chapter in my working life. Back then, only a few workers within the organization were allowed to work from home. I felt blessed. By the first week of telecommuting, I realized just how blessed I was. By staying at home, I shaved off two hours each day in driving, a total of eight hours, which means instead of being away from home ten hours a day for five days, I only had to work four--I was given an entire day each week. I also got to sleep in an hour later which meant I could stay up later. Throw in wear-and-tear on the car, the cost of gas, and it all added up. 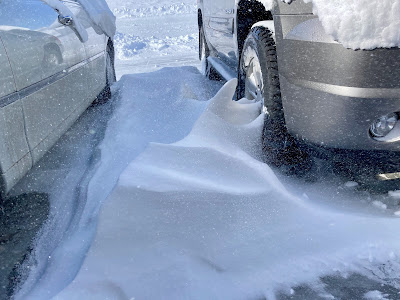 In a few months it'll be five years working from home. As I consider beginning my work week tomorrow morning, I'm more grateful than ever that I get to stay home. If I had to go to an office, it would take me at least a half hour each way, not to mention another storm is expected to hit overnight. It would probably take longer to get to and from work. Before, I had access to public transportation. That doesn't exist up here.

I know there's blessings I've been given by working at home. I'm sure there's others I don't even know about. It has allowed me to be closer to my family, literally and figuratively. Studies say working from home makes a person less likely for promotion. I say, it's worth it. I can't imagine having it any other way. 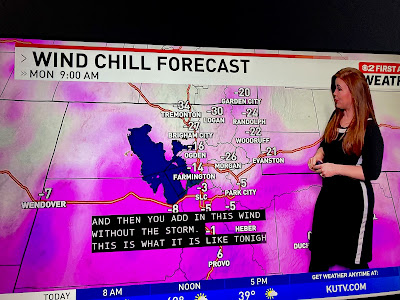 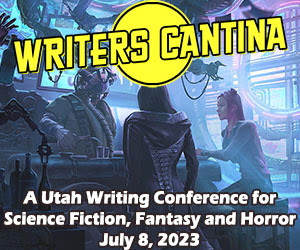 This summer, by the shores of a huge (and dwindling...) dead lake, an event where people of all ages, sizes, backgrounds, and abilities will gather for enlightenment, enrichment, and most of all, to get together and have a great time.

I don't know how things go in other parts of the country, but I'd imagine other writers have access to in-person conventions and conferences. They're important for writers. There needs to be places where writers can get together for their own sanity.

I'm fortunate enough to live in an area where there are many events that allow us to congregate. And up until covid hit, there were half a dozen or more conferences each year where we did just that. I think covid made us all realize how important these are.

How will it go? Time will tell. I'm planning on attending and if you're a writer in the Utah area, please check it out. We'd love to have you join us.

I Sort Of Remember These Toys...Sort Of 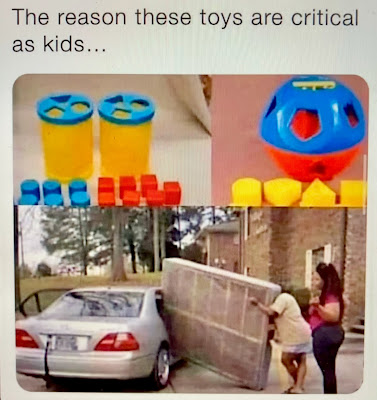 Ah, another funny meme...what would be do without them?

Memes can cover politics, religion, family relationships, technology, pretty much anything. This one caught my attention. Yes, it's funny, but it also made me think about my childhood...

And the toys we had.

In many ways my childhood--especially my early childhood--was much like anyone else's for someone born in the middle of the 1960s. We had one TV (that my dad built...), a dad who worked outside the home and a mother who worked inside and stayed home, and a couple of siblings. But, in other ways, my childhood was different from others at the time. My father passed away when I was a child and so we didn't have a lot of the things people had.

For example, we did not have a lot of Fisher-Price toys. I had to go to friends's house to take advantage of the wonder that was Fisher-Price...the barn set, the school set, and my personal favorite, the parking garage. We did have Lincoln Logs and Tinker Toys and even Erector sets.

I don't remember having the toys in the picture.

Oh, I've played with them--don't get me wrong. All those years serving in the Primary at church...we played and played with them. I tried searching for a history to when the shape sorting globe was invented...couldn't find a date. It's possible those things existed when I was in infant, but I just don't know.

Still, I guess all this is secondary, because the meme is dang funny. 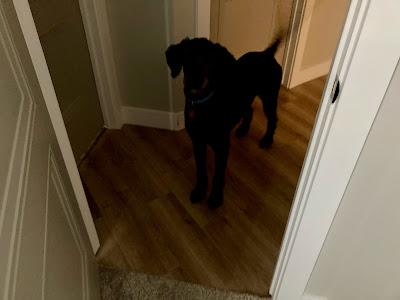 We have a smart dog. I know many people believe they too have a smart dog. It's natural to feel that way. I have some statistics to back up part of my claim. According to TheSmartCanine.Com, Poodles rank as the second smartest dog breed.

So, there's some science. To see for yourself, you can visit the webpage by clicking: HERE.

Last spring we put in a backyard fence. A big reason for doing this was the dog. Poodles are not only smart, but they need exercise. They could run and run all day long. Putting in the fence was one of those things we wanted to do ever since we got the dog years ago. And because we have a fence, I started to play fetch with him after my work day ended. I've blogged about it several times, mostly because I have a blast doing it (probably not as much as him, but, you know...).

The dog and I played fetch almost every day. In the summer, it worked out perfectly. There was still sunshine after I logged off the computer. Except for the mosquitos, summer was great. As the seasons changed, the days became shorter and shorter. Our dog, not knowing how to tell time (as far as we can tell...) would use the sun's location to get antsy when he felt it was time to go outside and play fetch...either that, or he could tell the time to fetch was drawing close by our actions.

Either way, the dog knew when it was time for us to go outside. I trained him well. 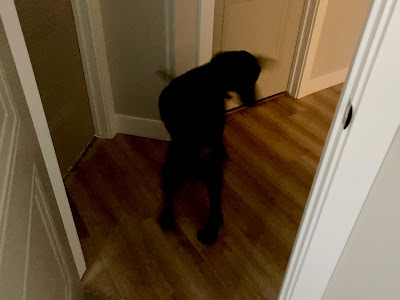 Even though the summer has issues, it's nothing compared to winter, especially this last week when temperatures dropped to below 0 degrees. Throw in several inches of snow and you have some undesirable conditions for fetch playing.

Between 4pm and 5pm the dog leaves his warm and comfortable couch and hangs out outside my office door. As 5pm gets closer, he sometimes scratches at the door with his paws. Even though I know he's disappointed, we've not played during those cold days. It's really for his own good.

Yesterday, I thought it was warm enough to return to the backyard. We didn't stay out long, but the dog loved chasing that ball and throwing up snow. Yes, I've trained him too darn well.