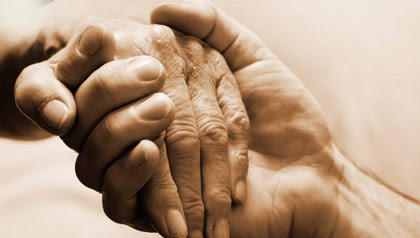 Sometimes there's a story sitting somewhere in your brain that keep gnawing at you, bugging you until you pull out the computer and start typing. I have a problem that there's a lot of these little stories currently in my mind. This afternoon I decided to start on on of them.

What will happen with this? I have no idea. But I do need to start a new project. Here's the first couple of hundred words.

Jason turned to face the quiet monitor as he waited for the alert he knew was coming. After all, in a city of four million people some of then had to have died overnight. Jason didn’t receive notifications of every death in the city; his were narrowed to a specific group. He was not notified of murders, of suicides or the death of any child.

Actually, if the victim were under the age of sixty-five, the alert would be routed to someone else. No, Jason’s assignment—his job—was to deal with the passing of the aged, a job that was practically non-existent in the modern world in which Jason lived.
He finished his breakfast, a mixture of soybean and nuts at the kitchen counter of his small downtown Boise apartment. Through the walls Jason heard the electronic existence of his neighbors. The air around Jason lacked the external noise of a world fighting for recognition. To his knowledge, Jason was the only one who chose to live pretty much digital-free, his only piece of electronic communications equipment (aside from his phone) was his home’s Comm unit, and the only reason he had one of those was because the law required it.

A pleasant ping echoed in the small room (that tripled as his kitchen, dining room and living room) notifying the occupant of his next job.

“Please identify,” the computerized woman’s voice spoke its gentle order as the screen on the Comm fired up.

“Jason Tipton,” the twenty-seven year old said as he finished his meal. After a pause the machine responded.

“Jason. You have a 10 a.m. appointment to meet with the family of Karl Preston at 145 S Sycamore Drive. Directions from your location have been downloaded to your phone. Mr. Preston expired at 2:37 a.m. this morning. Please notify your superior if you have any questions and/or concerns.”

The voice died and the screen shut off allowing Jason to see his reflection in the darkened glass.

“10 a.m.,” he said to no one. “They must be anxious to meet with me. I wonder how much money’s on the line with this one?” And the location, Jason thought. That’s not a senior facility. After working five years as an End Of Life Compassionate, he knew every location that housed the elderly in the city. It had been years since he got a call from a private residence. Suddenly his “normal” workday was becoming anything but.

* Photo used without permission from: http://lifenews.wpengine.netdna-cdn.com/wp-content/uploads/2013/12/elderlypatient16.jpg
Posted by Hygge Man at 5:51 PM

Email ThisBlogThis!Share to TwitterShare to FacebookShare to Pinterest
Labels: Stories, The Compassionate