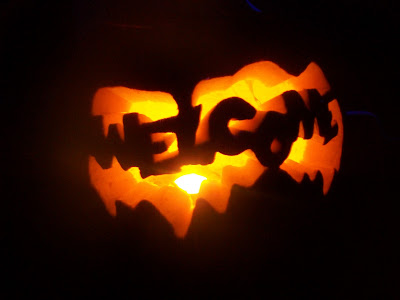 I took the day off work today, not because I was sick, but because today is Halloween and we're having a Halloween party. 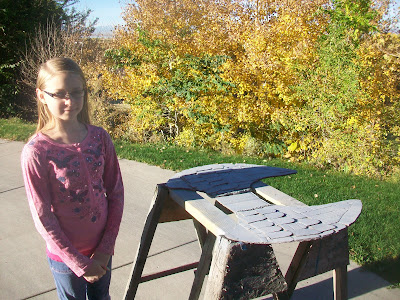 The key to any successful party is the preparation. We've been planning for days, or even weeks. The first thing I did today was help paint my daughter's wings. She made them herself. She cut the cardboard and hot glued the "feathers" on herself Well, she didn't glue them "on herself" but on the cardboard wings... She's a Weeping Angel from "Dr. Who." 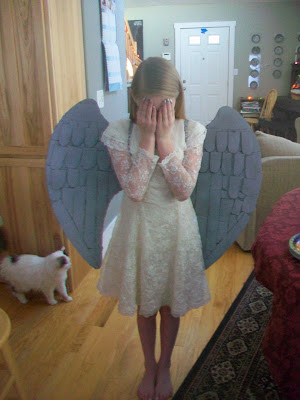 Next, there is the carving of the pumpkins. This seems like it shouldn't take that long, but it does. I'm so glad the kids are old enough to carve their designs themselves (well, almost all of them can...). I found a perfect little pumpkin and created my Mac Masterpiece! 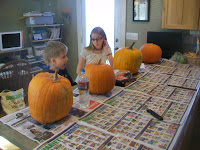 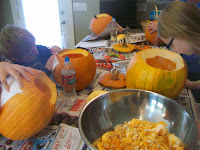 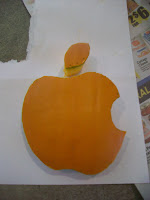 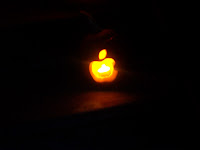 After the food was made (my 17-year old son made homemade taffy and chocolate truffles...so, so good--he was in his element...), and the homemade doughnuts were covered in cinnamon and sugar, we turned out attention to the outside of the house. Thanks to my brother-in-law giving us a black light a few years ago. It works very well with our Skeleton (or "Skelly" as he's come to be known...) and webbing. 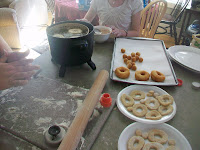 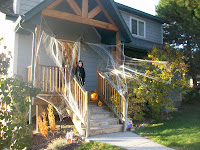 Next, came the guests. My kids' homeschool friends came over as did a few trick-or-treaters. My son organized, designed, and orchestrated an amazing Scavenger Hunt (he was in his element...). I got a compliment on my costume (Charlie Brown) and our house. The kids said it looked cool. I'm glad because "cool" is what I was going for... 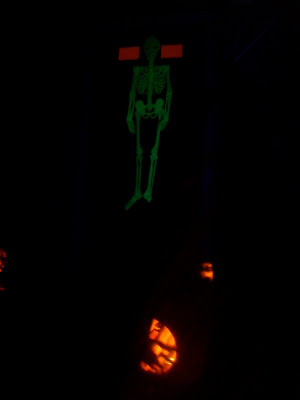 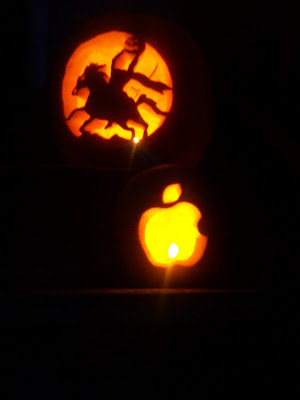 Everyone's huddled around the TV watching a classic, Alfred Hichcock's "The Birds." It's a bit dated, but surprisingly suspenseful. 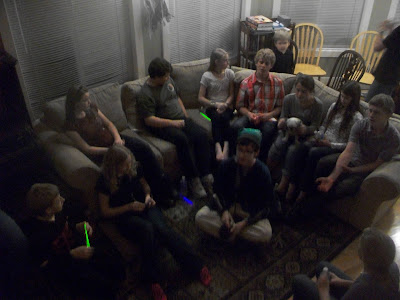 I, like many of you, LOVE Halloween! It comes at the best time of the year and everyone pretends to be someone else. Today I was a "stay-at-home dad" and party helper. Yeah, I love Halloween. Hope everyone had a wonderful night! 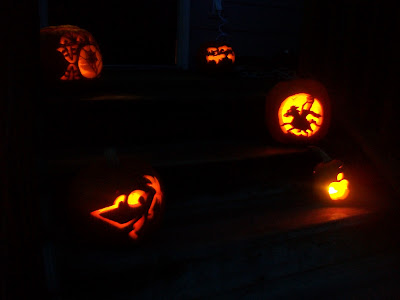 Oh, Just Lighting A Jack-O-Lantern At The Cemetery... 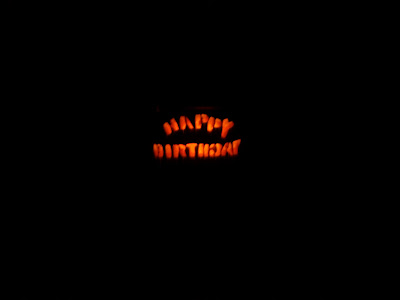 When I was a kid, the last place I wanted to find myself at night was the Farmington City Cemetery. The place freaked me out! Of course, that was over 35 years ago. I guess with age I understand what the place truly means to those of us left behind.

Tonight, after our play rehearsal, we drove by the cemetery. I pulled the car over and checked for a lighter or matches. I hoped I had something to light the candle in my mom's birthday Jack-O-Lantern. My daughter wasn't sure what I was doing.

Luckily, I found some matches and I pulled into the silent, unlit space. I wondered if anyone would see the car and wonder what we were doing at the cemetery at night. I wondered if a cop might drive by, and if so, might he drive up to where we were? Probably... "Sorry, Officer...I was just lighting a Jack-O-Lantern for my mom." I wonder if he'd/she'd buy it...

We lit the pumpkin. I took a few pictures, then we got int he car and slowly drove away leaving the orange glow as the cemetery's only light. It was something cool, something special. It was the least I could do.

So, if you hurry and you're driving by the Farmington City Cemetery in the next few hours (from when I'm writing this...), you too can see my simple birthday wish to my mom. 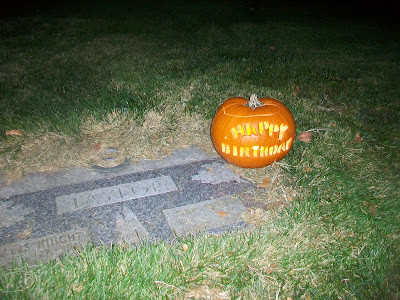 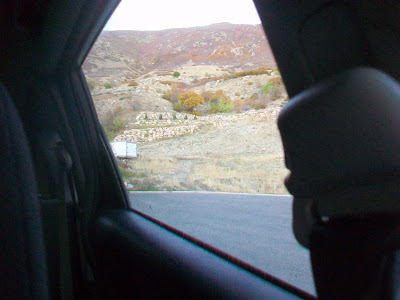 This morning I drove to work while listening to the calming words of Garrison Keillor read poetry on The Writer's Almanac Podcast on double speed--the podcast, not the miles per hour I was driving. At this time of year, it's dark outside when I make my way to the office and the cubicle that, for now, is assigned to me. As I listened I needed to change lanes, so I checked my blind spot.

But did I? Did I really? I admit I drive a small car. I believe you Americans call it a "compact" car. As such, window vantage points to check my blind spots in my car are not big. Gone (possibly forever...) are the days of the cars with big windows, or maybe I'm just buying the wrong cars. After checking my blind spot, I quickly returned my gaze to the road ahead of me. I can't spend all my time looking backwards when I should be looking at what's in front of me. 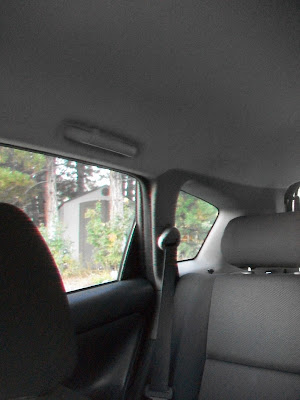 The point is (if there's a point to be made here...), that I went through the motion of looking and I didn't see anything, but I wonder if looking was more a habit that I do when I drive. And if that's the case, what other things do I do when I drive are "habits?" Maybe a lot...maybe not so many. Maybe I'm overreacting...maybe I'm only thinking about this because my son's learning to drive.

Maybe I should just be more sure when I check my blind spots that it's really clear when I decide to change lanes... 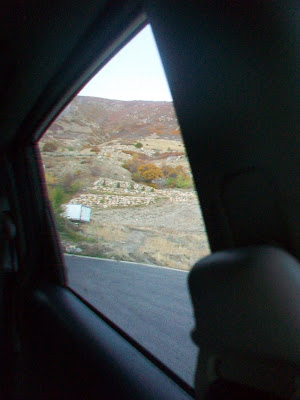 It was a terrific Sunday so I thought I'd participate again in the writing prompt. This week the prompt was hosted by Carrie. You can access her site: HERE.

The Rules: The short story must be less than 500 words, you need to write your story before next Tuesday evening (Halloween will be too late for this particular prompt...). Once you've written your story yo need to post it to Carrie's site. And, you must use the above picture and five randomly chosen words in your story. This week's words are: